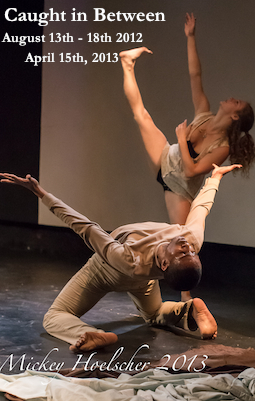 My dad had just died. Not my birth father, rather the man who told me that there was nothing I could do make him stop loving me. After his death, for a long time all I did- all I could do was sleep and think about how much I missed him. I was caught between living and caught between dreaming of a life where he was still here.

‘Caught in Between’ uses the beautiful music of Elnard Jones & Arielle Baron to tell the story of a man and a woman who are meeting for a picnic. While walking to greet one another they are mowed down by a car. The woman becomes ‘Caught in Between‘, reliving her life over and over again up to the point where she died while the spectre of her fiancé haunts her, trying desperately to get through to her and to make her realize that she- that THEY- are dead. Essentially he is ‘Caught in Between‘ as well- caught waiting for the woman he loves to pass on to the next world with him. The piece premiered as a workshop in August of 2012 and in full performance with Elnard and Arielle performing live with me and Hailley Lauren (the original ‘Woman Lost’) in April of 2013.

It was a beautiful story and one of the most difficult things I’ve ever danced because… it was about my Papa Alex and while dancing it… I was forced to let him go. 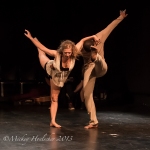 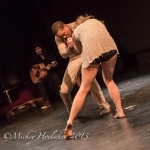 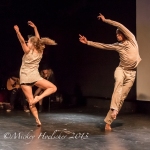 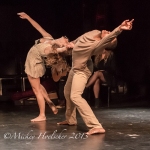 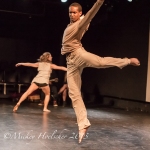